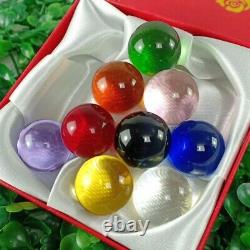 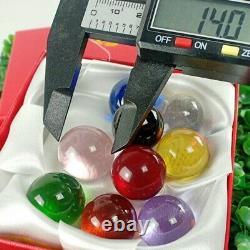 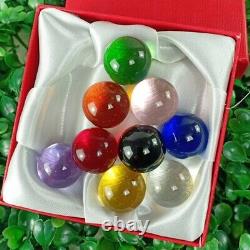 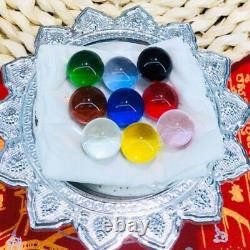 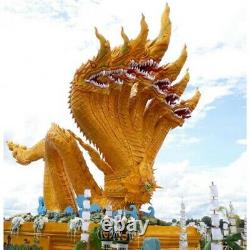 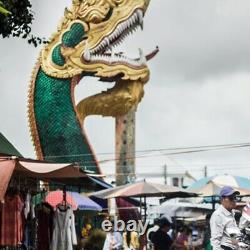 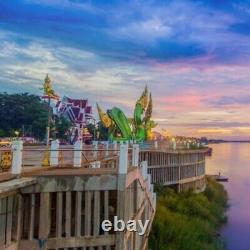 Thai amulet Diamond Naga eye Underwater gem, Naga diamond or 7 color diamonds. Mani 7 light is a lucky stone which enhances luck according to each color as follows. Blue: Enhances great power People respect and respect the gods to save their lives from danger. Blue: Lucky brings support for communication, negotiation People are supporting Enhance the personality to be respectable, trustworthy, and trusted by those who associate withGreen: Helping compassion, sacred things, protecting, protecting and protecting from danger and bad things, helping to elevate the mind to a higher level. Red: strengthens courage and strength Both the mind and body to have resolute intelligence, consciousness, stability, decision making, fast and correct.

Purple: Helps to prevent ghosts and magic from occult, a stone that can absorb bad things. Yellow: Helping to make good fortune. The adult person provides support to succeed in their careers.

Enhance the charm to attract people around to turn to love, interested, have a gentle mind, friendly, attractive. Premium grade, beautiful grain- Gem of the Holy. Can be worn for all ages. Naga: Thailand's Fearsome Mekong River-Dwelling Guardian Spirits. In Thailand, you will see statues, carvings, paintings of the Naga flap everywhere, especially temples.

Every temple will have a lot of Naga and in the houses of those who worship it as sacred. Beliefs about characteristics and qualifications.

The serpent, or Eastern serpent, is considered a sacred serpent. The serpent dragon is a sacred power.

The serpent power is also a symbol of the rainbow ladder to the universe. Nak is the god of water. Some say it is the god of the sky Hindus considered Naga is close to various gods. Is a water god such as Anantanakarat, which is the throne of Vishnu that matches the belief of BrahmanismThe serpent has the following miracles.

Serpent serpent with a crest, a symbol of greatness Abundance, fortune and rainbow stairs to the universe Is a supernatural power from hibernation, asceticism, and faith in Buddhism Do not encroach others, we will see as a statue in front of the church In various temples. Stairs up to Buddhist temples Related stories With many Buddhism. Although the body can transform into anything, but in these 5 conditions, it must appear to be the same snake as before, during molting, while being in a relationship between the Naga and the Naga while sleeping unconscious, and most importantly, when the dead became a snake. The serpent lives underground or artesian. Ancient people believe that when in heaven there are deities living deep beneath the earth.

Should be living beings In Triumphum Phra Ruang, the Naga is 1 mile or 16 kilometers deep, with seven magnificent palaces that are not inferior to the heavens. Naga can breed with other animals. Transformed and mated with humans When the naga is pregnant, it will give birth to an egg like a snake. There are only one species of head, 3, 5, and 7. Head can rise and fall from the bottom of the world to heaven.

Between the artesian cities And the paradise city To transform into what you think According to the situation. Thailand and the Naga relationship. Naga fireballs occur only in the area Nong Khai province only Along the Mekong River No other place, even along the Mekong River as well Each year, at the end of Lent in October, many people gather along the banks of the Mekong River, with many points to choose from near Nong Khao City. From here, they saw an astonishing picture when the fireballs came out of the river and into the sky. Many villagers believe that these fireballs come from Naga, releasing them from the depths of the river.

But this incident did not occur without a doubt. Some people claim that fireballs were bullets that were fired by soldiers, while others pointed to natural descriptions such as flammable gas bubbles or plasma orbs. While the jury may come out on what causes the fireball, it acts as an example of the wonders of Thailand. Naga and the legendary Thai legend. Tai Phon Phisai Characteristics of Phon Phisai District Nong Khai province is located on the banks of the Mekong River.

On the city side, there will be a flowing stream called Pak Huai Luang, opposite Phon Phisai, which is Ban Don, which depends on Pak Ngum. Today, there is a story about an artesian city believed to be. We are not responsible for any wrong or undeliverable addresses. I will be sent by Thailand Post within.

Do not be afraid if you have a problem to ask. The item "Amulet Naga Eye Thai Buddha Charm Powerful Wealth Lucky Crystal Gem Holy" is in sale since Wednesday, October 7, 2020. This item is in the category "Antiques\Asian Antiques\Southeast Asia\Amulets". The seller is "medicinebuddha369" and is located in Phon Phisai. This item can be shipped worldwide.