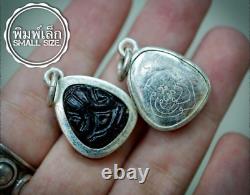 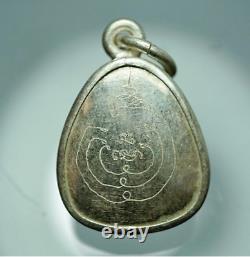 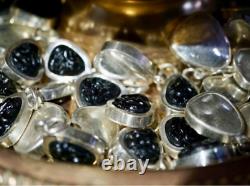 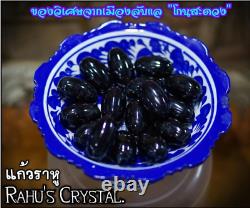 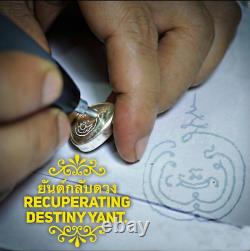 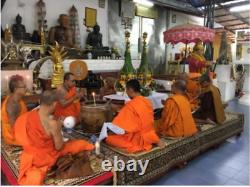 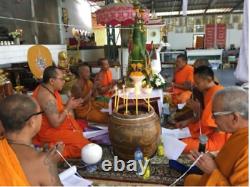 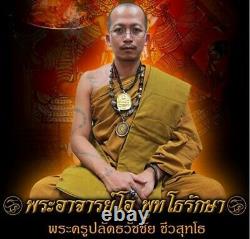 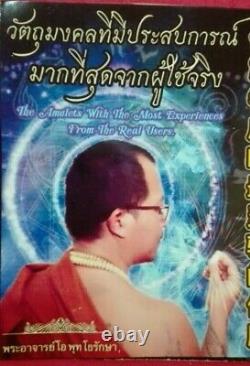 12 Legends Meteorite Phra Pitta by Phra Arjarn O, Phetchabun. Meteorite is the Magical stone that come from a faraway sky. People believe that it already absorbed the energy from the universe directly for a long time before it falls down on the planet world. Therefore, Meteorite is the substance from outside world that has power not less than others jewel in the world. Moreover, Meteorite is like as Lucky Star that will bring fortune to the owner.

It has strong power to support fortune and destiny to be above bad luck, bad life, bad Karma. Furthermore, It will bring success and good thing to the owner. Its power can protect the owner from black magic and bad spirits also. The magic master in the former times said that Who has the amulet that carve from meteorite to be Phra Pitta will progress in luck and wealth. Moreover, the owner will not face with accidental death, get disaster, or become insolvent.

Even, the role of bad karma attack, the owner of this Phra Pitta will not impoverish because Phra Pitta already close the way of misfortune, sadness and danger overall. Embedde With Rahus Crytal Powder. Moreover, backside of this 12 Legends Meteorite Phra Pitta was embedded with the powder of Rahus Crystal that Phra Arjarn O has been kept after he took Rahus Crystal to cut and polish into egg shape and release for rent.

In the magical society, Rahus Crystal is the fantastic crystal that all magicians and energy players around the world want to own because it is the special substance that has high qualification in case of absorbing divine power from supernatural amuletslike as Rahu who can swallow the sun and the moon or even humans destiny. One skillful master ever touched this crystal before saidIf place this well-qualified crystal beside Emperor Diamond for 1 day only, the power of this Rahus Crystal will be similar to the power of Emperor Diamond. Rahus Crystal is the supernatural mineral that made by nature. It is the mystic amulet from the hidden city in the deep forest.

So, it is not a substance in this world because it can be found in the others dimension only. Phra Arjarn O has been inherited this Rahus Crystal from his grandfather.

Phra Arjarn Os grandfather told Phra Arjarn O since he was young that In the deep forest near Phetchabun province, there is a country name Koan Saduang. It is the special place called Laplae means "Hidden from Sight", the local people believe that only a good man can reach Laplae. One day I found a beautiful black stone during I was chasing Suer Saming (Mystical Tiger That Always Eat Human). The size of that black stone is smaller than watermelon a bit. When I saw it at the first sight, I knew suddenly that it is the special stone for sure so, I kept it into my big bag and then continue finding Suer Saming.

Finally, I dont know either it is my luck or this black stone is powerful because after I got it, I could kill Suer Saming successfully. Since Phra Arjarn O has collect special amulets, he never found the second piece yet. This Rahus Crystal has universal functions much more than words can explain due to divine power that it absorbed from all of supernatural amulets. This Rahus Crystal will support the destiny of the owner to be stable and not be down.

Being beyond the influence of fate and zodiac cycle. It will protect the owner from eclipse side effect and reduce Rahus power that can be a cause of misfortune. Therefore, who has this Rahus Crystal will always have good things come into life surprisingly. Written With Recuperating Destiny Yant.

12 Legends Meteorite Phra Pitta was framed with silver without plastic casing so, Meteorite can touch the owner skin directly for effective result. Moreover, Phra Arjarn O also wrote the special Yant named Recuperating Destiny on the backside of 12 Legends Meteorite Phra Pitta. This subject was proved already by many people who got experiences from Recuperating Destiny Coin of Phra Arjarn O. Some people has better life, some poor people become rich. Advantages Of 12 Legends Mantra.

12 Legends Meteorite Phra Pitta was mainly blessed by Phra Arjarn O for a long time in case of supporting destiny purpose. Moreover, Phra Arjarn O also invited 9 monks to chant Mahasamaya Sutta, Dhammajak kappawaddhanasutara and 12 Legends specially for 9 days continuously. 12 Legends is the chanting mantra for Buddha that has high holy power in case of charm, good business, supporting destiny, giving birth easier, expanding life time together with protection against bad people, bad spirits, ghosts and fire. If you have faith into something , you can felt invisible power inside what you believe.

It is always be better true for amulets users. This is for personal believed. Thank you very much for visiting the product. The item "Buddha Phra Pitta 12 Legends Meteorite Arjarn O Thai Amulet Protection Talisman" is in sale since Tuesday, June 2, 2020. This item is in the category "Antiques\Asian Antiques\Southeast Asia\Amulets". The seller is "success6395" and is located in Sankampheang. This item can be shipped worldwide.