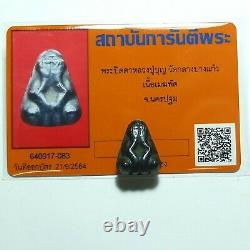 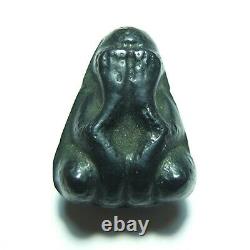 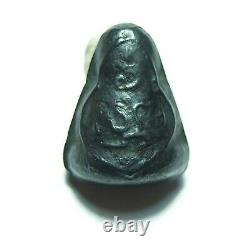 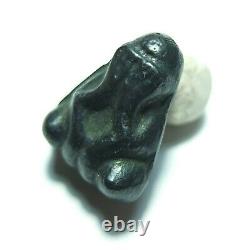 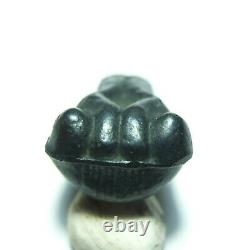 Bia Gae LP Jear Wat Klang Bang Keaw Item : Bie Gae Wat Klang Bang Keaw BE 2500 Describtion : Bia Gae - A very unique amulet Bia Gae is a very unique kind of Thai amulet that is popular amongst many devotees that wish to protect themselves from black magic and other forms of evil. There are several kinds of amulet that are known to protect against such malevolent forces but Bia Gae amulets were created especially for this purpose and as such are thought to be the most powerful talisman.

It is generally assumed that an ancient temple in Ayudhaya called "Wat Pradu Nai-Soengdharma" was the origin of the magic science to create such amulets. However, in the early days the designs and styles varied considerably, until 100 years ago when Luang Phor Juer of Wat wat klang bang keaw designed the first Bia Gae amulet that has since been the prototype for all amulets since. His design was based on a sea shell known as Bia-Jun, which he filled with liquid mercury prior to blessing.

From that time onwards almost all Bia Gae amulets follow a similar design format. The Bia Jun or cowry shell is a very beautiful shiny tropical sea shell, with a humped back sometimes decorated with spots like a leopard skin. The Thais called it Bia Gae and used it instead as a talisman for protection. The arched back of the cowrie is like a shield and therefore it is believed that it could bounce off evil energy.

Size :2 inch Condition : Good. This item is in the category "Antiques\Asian Antiques\Southeast Asia\Amulets".

The seller is "buddhasecret" and is located in this country: TH. This item can be shipped worldwide.