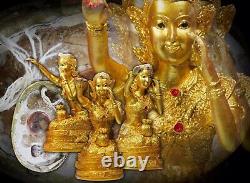 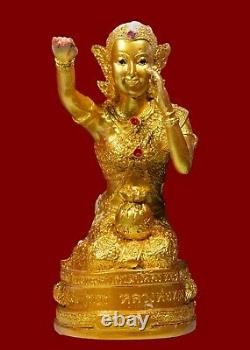 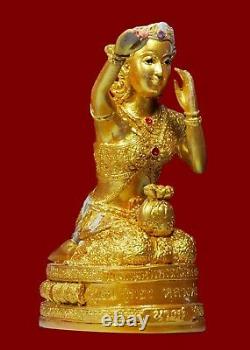 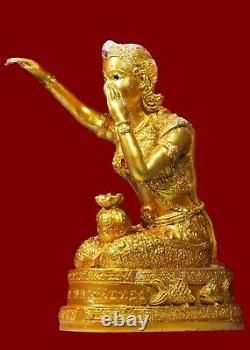 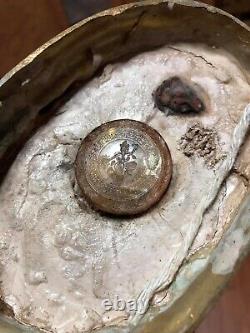 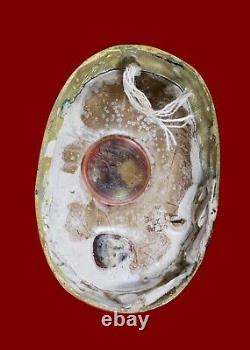 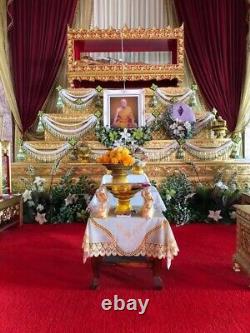 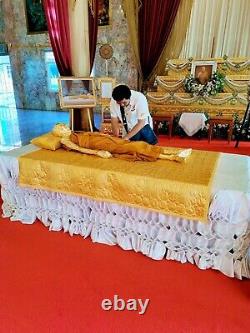 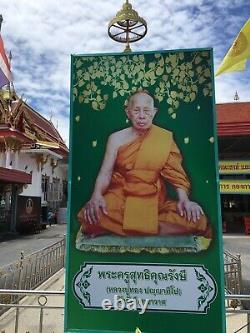 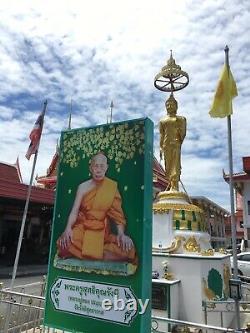 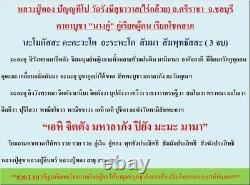 Former Abbot of Rangsi Sutthawat Temple (Wat Rai Kluai) has organized a 4-year death day, the body does not rot, does not rot Taken from the coffin to be gilded by the public, with Dr. Chaweewan Khampha, President of the Chicken Farming Promotion Association of Thailand under the Royal Patronage And Chairman of the Board of Directors of Chaweewan Group Is the president of the body gilding of Luang Por Thong Along with many Yanu disciples joined to gild the body of Luang Por Thong this time. After that, the body of the body that was not perishable, Luang Por Thong, which was gilded in this time, was placed in a glass coffin, set for the people and their respected students to worship. Make a wish by setting it at the pavilion for the body Luang Pu Thong The Luang Pho Thong has passed away for 4 years, but the body is not perishable. The kith and kin brought his body out of the coffin.

Come clean and provide opportunities for Buddhists and disciples to pay homage to the manas, gilding the body of Luang Por Thong. And change the robe of Angsasopong for a new one before importing a teak wood glass coffin, while the lottery lovers do not miss a trip to pay homage to a lot of lucky numbers. During his life, the secular sex helped his father-and-mother build the life of the common life. Then he joined the military for more than 2 years after he lived a secular life. Luang Pu, he thought to be ordained in order to seek truth and part instead of his father's grace. He therefore decided to join the ordination as a monk in Buddhism on May 11, 1946 at Phathasima, Nern Sang Sakkrittharam Temple, Wat Luang Subdistrict, Phanat Nikhom District, Chonburi Province with the preceptor, the Provost.

Jiam Wat Luang Phromawat Lecturer Is the great noon Wat Klang Tummawat Young monk Is the bishop tilted Wat Rai Lak Thong received a drug as "Panya Thipo", meaning a person with wisdom as the light of a lamp. In the construction of Wat Rai Kluai, the first time began in 1945, before Luang Pu Thong Bancha 1 year. (Phra brother of Luang Pu Thong) became the abbot To join together to build a temple in the banana plantation village And in the following year, Luang Pu Thongpanya Thipo, he ordained at Phanat Nikhom district And after that followed the monk and his brother to help build the Rai Kluai Temple By joining with the villagers with another force until the year 2491 was the first successful wooden church. Until 1951 Master Nidla Sikedthong left but Luang Pu Thong Therefore acting abbot With Luang Pu Thong, a monk who has mercy on those in need Until it became famous and became faithful from the villagers in that area And also extends virtue to nearby areas. No matter how difficult it is to fall How difficult it is to travel to see Luang Pu Thong You will always have mercy on those who come to see you.

Abbot of Wat Rat, third floor The royal title of Phra Kru Suthikhun Rangsi in the year 2522 was bestowed as a provost. Abbot of Wat Rat, Master Class in the year 1987, was bestowed as a provost. The abbot of Wat Rat, the first class in 2012, was bestowed on the honor of being promoted to the Abbot of Phra Aram Luang first class. Having been in and out of the hospital frequently until August 22, 2015, around 11.10 hours, Luang Pu Thongpanya Thepo arrived at the hospital at Somdej Phraboromratchathewi Hospital, Na Si Racha with a lung infection. The death of Luang Pu Brought a lot of sadness to the disciples at that time.

The item "Genuine Thai Amulet Buddha Nang Kwak Nang Kuu Lucky Rich Old ExtraRare Talisman" is in sale since Saturday, August 22, 2020. This item is in the category "Antiques\Asian Antiques\Southeast Asia\Amulets". The seller is "kendo_aida2031sisbroshop" and is located in Sriracha.