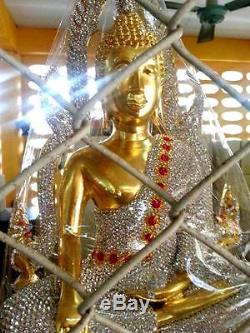 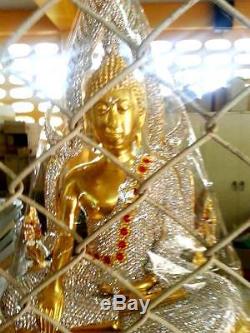 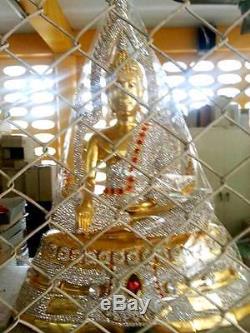 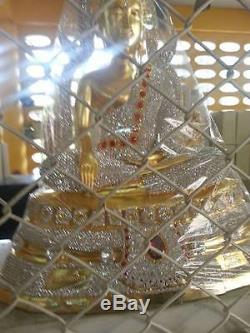 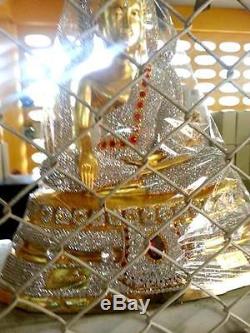 The core stanzas of the original great. Was extended by Phra Raj Phrom Yan (LP Lue Sie Lingdam), the greatest & closest disciple of LP Parn of Wat BangNomKho and the late Abbot of Wat Thasung. LP Lue Sie Lingdam was assigned by Lord Buddha in meditation to help build the nearly deserted Wat Thasung, Chainart Province. It was a real great task and needed a hugh fund, so he at first denied the assignment. After a preaching and a promise by Lord Buddha in meditation, he later accepted the assignment.

Lord Buddhas promise is His teaching on the extension of the Rich Katha to accelerate and draw donation to the temple. Even LP Lue Sie Lingdam had practiced ultra Dhamma, he still meditatively chanted the Extended or Enhanced Katha with great results. The great Enhanced Rich Katha is so efficacious and results hugely to anyone who chants it.

But how successful it is depending on the concentration of mind the more concentration, the more result. LP Luesi Lingdam had been ordained by LP Parn in B. 2480 and later became the Abbot of Wat BangNomKho during B. After that he had made a Dhamma journey to Northern provinces and later settled at the nearly deserted Wat Thasung in B. The great LP Luesi Lingdam later became the Abbot of Wat Thasung and led people to help construct the temple successfully.

The temple has now a religious property asset value of nearly 1 billion Baht. LP Luesi Lingdam passed away in B. 2435 at the age of 75. LP Luesi Lingdam raised up a flowingly hugh fund for construction with this great Enhanced Rich Katha. He later received a special grant from Lord Buddha in meditation to teach this great Katha to his disciples and general people for much more Wealth & Fortune and able to donate for construction fund.

Recommendation: a Practice the original Rich Katha first. After you could chant it fluently you can shift to chant the Enhanced Katha more easier. B Chant the Katha in the morning and in the evening, 9 times per session.

You can chant the Katha in your mind while working or when you have spare time. LP Luesie Lingdam was a high ranking monk. His full monkhood name was Phra RajPhromYarn. He was the closest disciple of LP Parn, Wat Bang Nomkho and also ordained by LP Parn. He had learned so many Buddhakom and ultra Dhamma practices from his teacher, and later became the Abbot of Wat BangNomkho during B. It was he who first disclosed LP Parn's biography to the public, and most of LP Parn's biographical content we know were from his mouth.

And also it was he who taught the Rich Katha and the Enhanced version to people. LP Luesie Lingdam was always in "Charn" (highly meditative) state, his six senses was fully opening all the time. He had magic eyes & ears that could see and hear what ordinary people could not. He could foresee future events correctly. He learned Supra Dhamma directly from Lord Buddha by meditating deeply and making out-of-bodying to Nipphan celestial where Lord Buddha present.

He created various amulets with the guidance of Lord Buddha. LP Luesie Lingdam had made Dhamma journey to upper provinces for a long years and later settled at the nearly deserted Wat Thasung, Uthai Thani, in B. The great LP later became the Abbot of Wat Thasung and led people to help construct the temple successfully. The item "Holy Buddha Statues Crystal Rhinstone WatThasung Thai Buddha Amulet Billionaire" is in sale since Sunday, February 21, 2016.