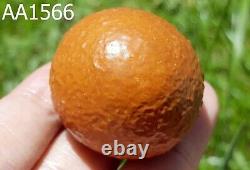 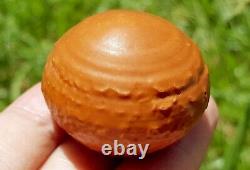 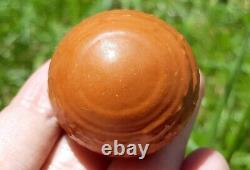 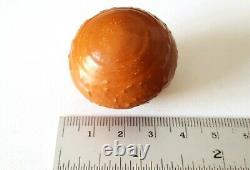 A talisman or amulet is believed to counteract bad events, illness, black magic, evil spirits or misfortune such as accidents or assault. Tiny molded Buddha images were often buried in spires with the ashes of famous monks and Royal persons and the older ones have been excavated and used as powerful amulets. These days almost every Thai wears or keeps multiple amulets, sometimes having a large collection kept at home aside from those worn on necklaces and waist cords under the shirt and amulet collecting is a huge national Thai pastime.

Story Of Sam Roi Yod. Khao Sam Roi Yot (Sam Roi Yod) was declared as the first coastal National Park in Thailand on 28th June 1996. The 98 square kilometer park is located approximately 50km south of Hua Hin. The name "Khao Sam Roi Yot" means the mountain with 300 peaks in Thai. A series of grey limestone mountains with living Gemstones of lifetime Divine blessing, known as' Arahant Relic Stone' was found in deep cave of SamRoiYod mountain in Prachup Khiri Khan province in Thailand. According to legend - 2000 year ago, 500 Arahant monks practiced meditation in Cave of SamRoiYod Mountain - Prachup Khiri Khan province. The strong aura from the practicing meditation had formed the relic-????? Into the stone at the surrounding cave.

Some Relic stone also formed by the remains relic after Arahant are cremated and had attained perfect enlightenment inside the cave. Until today, Arahant Relic Stone is a living stone with Divine Blessing. Tu in Thailand refers to relics which originated from the Lord Buddha, this term is not use for the relics of his disciples. Tu refers to the bone or any part of the body such as hair, nail, teeth, skin, blood, etc. Which are different to those of ordinary people.

And the term "Phra Thad" means "the Relics". Even though the word "Relics" is not limited to just the the physical appearances, It usage is slighty different in Thai.

The types of the Buddha's relics. Most of the Buddha relics are found to be different to the bone of the ordinary people.

However, we have found certain Buddha's relics which looks the same as human bones from the Buddhist sanctuaries or museums in countries like Thailand, Sri Lanka and India. They can be divide into 2 main groups.

In Thailand, they are placed in Buddhist sanctuaries of temples. The Buddha's relics which looked like bone. These kind are found only in the ancient places in India.

The British Government presented them twice to Thailand in the period of King Rama V, he was pleased to allocate them in the Golden Mount of Wat Sraket in Bangkok and the Chedi Sri Mahathat of Wat Phra Sri Mahathat, Bangkhen. Characteristics of the Buddha's relics. These characteristics are observed and accepted by all Buddhists , they can be described as follows. Found in various clarity and colors such as crystal clear or opaque, white like the conch shell, gold, black, pink, red, etc.

Found in different shapes which looks like rice grain, cabbage seed and broken bean , etc. The smaller ones will float when place in water and attract each another when float together. They can increase or decrease by themselves.

Their colour and size can change by themselves. Most of them are lighter compared to ordinary stones of the same size.

Hence the construction of the Buddhist sanctuary was required to be done in one place only. Our present Lord Buddha (Sakyamuni Buddha) considered that his teaching period was only 45 years which he thought not too much compared with the previous Buddhas.

He also thought that his instructions were not expanded enough and taught to those who were not yet born on time in his legend. Anyone who received his relics for respecting would get a lot of Pu?? A (the accumulation of good blessing, fortune or well-being) so he wished that his relics be scattered to all directions except 7 pieces (1 frontal bone, 4 teeth and 2 collarbones).

All of the above mentioned information was presented identically such as in the Suma? By the Supreme Patriarch Kromphra Paramanujitajinorasa, Mulas? Ratanapanna Thera and Phrachaolieplok Scripture. The item "Holy Sarira Pra Tath Sam Roi Yod Buddha SUN Relic Thai Sphere Amulet #aa1566g" is in sale since Monday, June 3, 2019.

This item is in the category "Antiques\Asian Antiques\Southeast Asia\Amulets".collections" and is located in default.