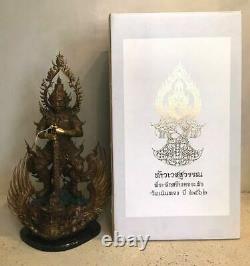 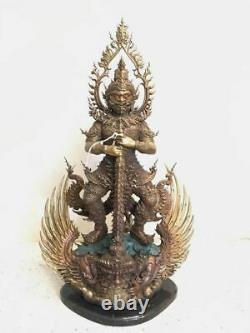 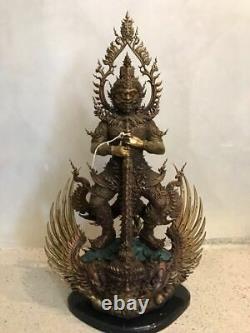 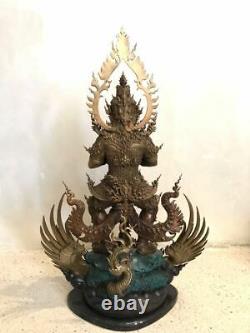 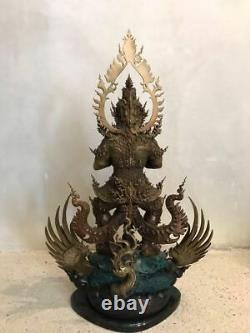 Magnificent Brass Statues Giant Deity Thao wessuwan Thai Buddha Amulet. IT CAN TAKE UP TO 2 WEEKS OBTAIN THE EXPORT LICENSE. Superb to Increase Fortune, Bring Prosperity, Wealthy fetching, Powerful protection from black magic and cast other forms of evil forces, ghosts and spirits. Is one of the most important gods and had been, and still, gain many respect in many countries as the guardian of all evil spirits.

As we can see that ascetic masters like to make red cabalistic writing plates with his image on it and hand it over the doorway to prevent the places from evil spirits, this is one of the oldest and most similar preventive method. Another example is Suad Parn Yuk (A Giant Enchantment Ceremony), such as the spell Phra Kata Parn Yuk or the spell Wipudsi. These spell, belong to the Four Guardian Gods and Thao Wessuwun is their head, was present to Buddha, as the Four Guardian Gods deem that they have to many followers, some are good and some are evil and might harm wondering monks who in the middle of graveyard, deep jungle. To prevent those incidents, theyd present these spell, Phra Kata Parn Yuk, to Buddha.

Nowadays, we still can see the Suad Parn Yuk chanting ceremonial and in that ceremony youll see the image of Thao Wessuwun install on the high place. As Thao Wessuwun possessed absolute privilege to punish any ghosts and demons.