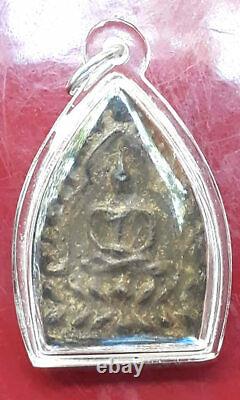 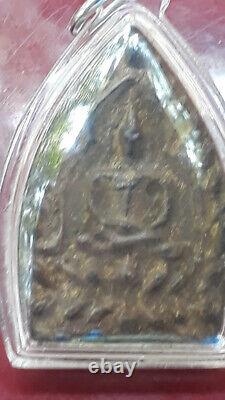 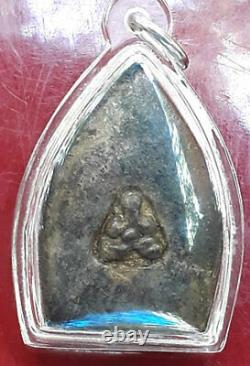 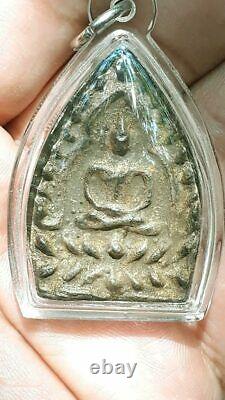 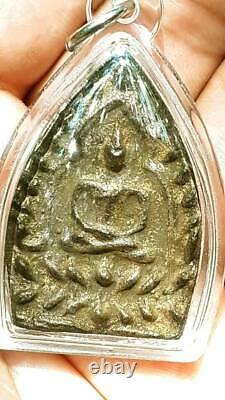 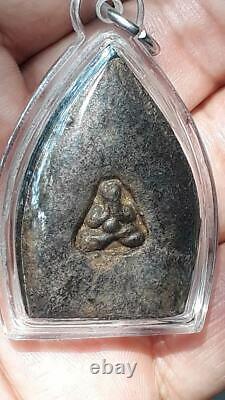 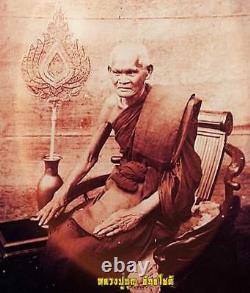 2391 at Nakorn Chai Sri district of Nakorn Pathom province. When he was an infant. He was seriously ill to the extent of stop breathing. His relatives thought that he was dead and was almost wanted to bury him, but miraculously he recovered and. Later was named Boon meaning. Wholesomeness / merit by his parents. Luang Pu Boon was ordained as a novice at the age of 13.

He began to study and practice incantation from Palad Thong of Wat Khong Karam and Palad Parn of Wat. He later successfully completed the subject "Maha Jindamanee Mantra Kom". LP Boon, who has enormous knowledge on BuddhaKom, was one of the. Greatest pre-war Guru monks of the country. He was a close friend of many contemporarily famous Guru monks viz LP Nak of Wat HuaiJorake, ChaoKhun Vinai.

LP Chaem of Wat Takong, a greatest and most famous Guru monk of NakonPathom and the teacher of LP Tae Kongthong, was also a disciple of LP Boon. The Phra Pathom Jedee of Nakorn Pathom province was a huge Pagoda built since B. E 234 which housed the holy relics of the Buddha.

In the olden days, it was a common. Practice to elect a number of famous monks to protect the relics from evil forces. Luang Pu Boon was one of elected monks to provide protection in West directio. Maker: LP BOON Wat KLANGBANGKEAW Nakornpatom Provice Thailand. Size Approx : As same as picture Approx.

Temple : Wat KLANGBANGKEAW Nakornpatom Provice Thailand. In Thailand believes is good everything. Powerful protection, Invulnerable, Metta mahaniyom, Love charm. Good Condition and beautiful Old Invaluable , Number of creating is very low. And it is difficult to find and very rare. This Amulets will bring you Luck, Good things will unexpectedly happen to you. It also make you success in anything you hope for.

This Amulet will bring Prosperity and ensure success in life. Believed to protect against evil.

Rich windfall wealth benevolent wealthy. Trade flourished, Subtle charm, Attractive for the opposite sex. We take care all our customers and give good service. Importantly is complacency of customer. When you received item with satisfied.

If you have any problem. We can solve your problem for better. The item "Phra JAOWSUA LP Boon Magic Talisman Pongyajindamanee Thai Buddha Amulet Pendant" is in sale since Wednesday, May 6, 2020. This item is in the category "Antiques\Asian Antiques\Southeast Asia\Amulets".asia" and is located in Mueang Nakhon Pathom, Nakhon Pathom - .