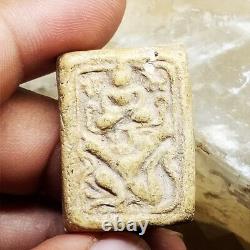 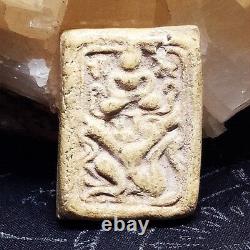 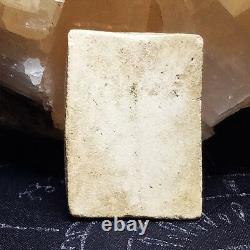 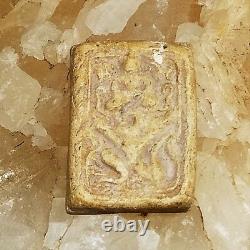 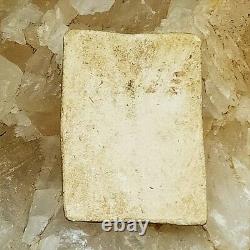 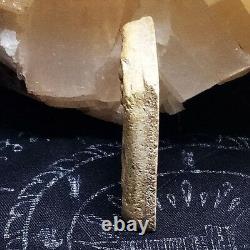 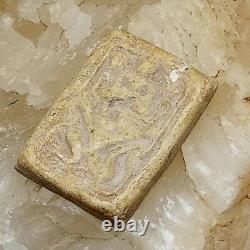 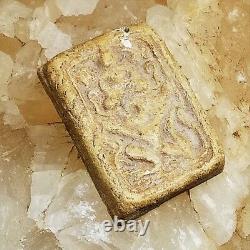 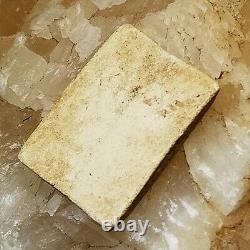 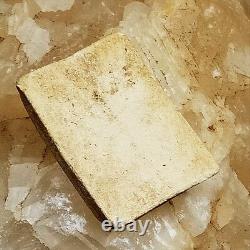 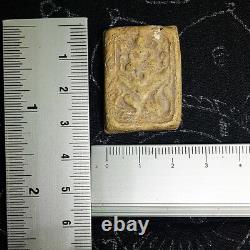 During his younger age, he received the a nickname of "Parn", because of a red Birthmark on the little finger of his left hand, which was seen as an unusual trait mark that linked with Buddhism. LP Parn received his Ordination as a Bikkhu(Buddhist Monk) on the First of April 1895 (BE 2438).

2480, his body was also un-decayed similar to his Guru teachers. In 1932, five years before he passed away, he announced to all his disciples the date and time of his death. His precognition was quite clear and exactly correct; he passed away on the date and time he had preannounced. Luang Phor Parn was a meditative Guru Monk and also possessed magical knowledge.

During Buddhist Dhamma, it was recorded that he reached the Great six knowledge of miracles. So he possesses knowledge on precognition, out-of-body ability, mind detecting, ability to do comprehensive paranormal phenomena activities etc. Apart from this, he also possesses the highest state of Wipassana or knowledge of mind cleaning to stop next rebirth (Reincarnation).

It was his great Dhamma practice that had cleaned and "distilled" his inner body (astral body) to crystal-like state which changed his body's cells immortal. Many great Guru Monks in Thailand hinted their Dhamma levels to their disciples in such way. Luang Phor Parn's famous amulets have marked long-time uncountable records in warding off dangers of all kinds.

And it's great for making holy water for healing illness that modern physician not able to diagnose & cure. Luang Phor Parn's amulets are extremely unique with Buddha sitting on a Garuda, Hanuman, Porcupine, Fish, Fighter cock and Bird. A Thai Buddha amulet often referred to academically as votive tablet, is a kind of Thai Buddhist blessed item. It is used for raising funds in order to help the temple producing the amulets. After the donation, Thai Buddhist monk will give amulet as a gift to them.

Almost every Thai Buddhist has at least one Thai amulets. They have great respect for the Buddha. It is common to see young or elderly people wear amulets, or packaged by amulets around the neck in order to get closer to the Buddha. Amulets are made using the Buddha image, image of famous monk, or even image of the monks who made the amulets themselves and let believers wear on for security and peace. Amulets have different kind of sizes, different shapes and different materials such as plaster, bone, wood, metal.

It may include ash from incenses or old temple structure, hair from famous monk, to add protection power to the amulets. After the amulets were made, the maker will then ask the monks who live in temples or monks from other temples join together and practice will, chant, pray and bless the amulets, this process may need at least one week more than three years. Amulet Life protection, Avoid from danger, Wealth, Prevent Dark Magic and. Change Bad Luck to Good Luck, Bring Lucky and Happiness, Wishes be Fulfilled, Bring Prosper to Business, Invulnerable, Successful, Good Trade, Halo, Powerful. This amulet can used as gift for someone special and yourself.

The amulet will bring lucky and. It also prevent from any bad things.

Suitable both man and lady too. Because this is a super fine amulet from Thailand that will bring good miracle for human life. Picture is enlarged to show detail please see description for actual size. Color may vary slightly due to the color calibration of each individual monitor. Thank you for your understanding.

The item "Phra Lp Parn, Wat Bang Nom Ko, AYUTTHAYA, Phim Song Hanuman Thai Buddha Amulet" is in sale since Saturday, June 6, 2020. This item is in the category "Antiques\Asian Antiques\Southeast Asia\Amulets". The seller is "generate27" and is located in ubonrat 40250. This item can be shipped worldwide.