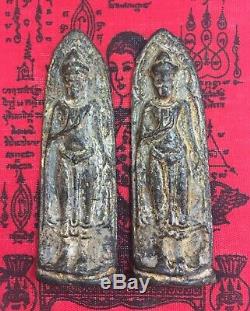 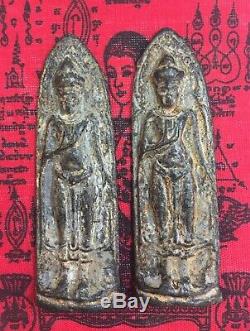 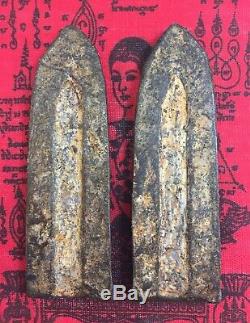 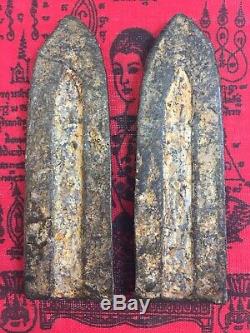 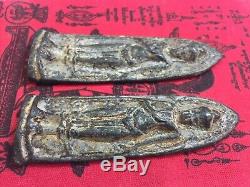 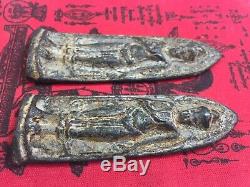 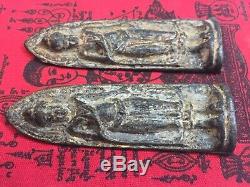 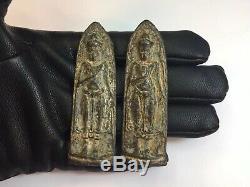 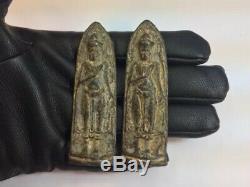 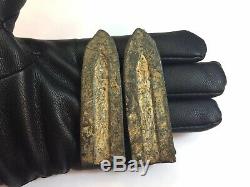 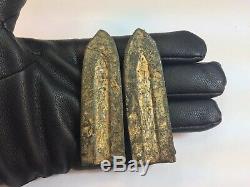 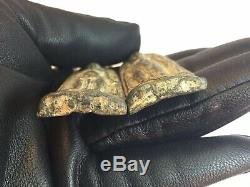 Almost every Thai Buddhist has at least one Thai amulet. It is common to see young or elderly people wear one or many amulets around the neck in order to get closer to the Buddha. Amulets are made using the Buddha image, image of famous monk, or even image of the monks who made the amulets themselves and let believers wear on for security and peace. Amulets have different kind of sizes, different shapes and different materials such as plaster, bone, wood, metal. It may include ash from incenses or old temple structure, hair from famous monk, to add protection power to the amulets. After the amulets were made, the maker will then ask the monks who live in temples or monks from other temples join together and practice will, chant, pray and bless the amulets, this process may need at least one week more than three years. When a new amulet is freshly made, its plaster appearance may not be attractive or gorgeous. By adding a protective casing the appearance of the amulet is enhanced and at the same time the amulet inside is protected. The price of an amulet not only depends on its appearance, but also on its scarcity, maker (which monk or magician), age and the magic classes as well. Famous markets for amulets include the Tha Phrachan market next to Thammasat University.

However, many amulets at the Tha Prachan market are considered to be'fake', meaning replicas that have not been blessed by a monk. It is very unlikely indeed that you will find a real amulet in the Tha Prachan market. Many collectors and devotees have a trusted dealer of authentic amulets, for the study and authentication of real amulets is as complex a matter as is to be found in the antique trade, or in similar niches such as stamp collection. Forgeries are rife, and it takes decades of study and experience to develop the skills needed to recognise authentic amulets.

There are literally millions of editions from hundreds of thousands of temples, spanning centuries, and it is not possible for one person to encompass enough knowledge to be able to authenticate every single edition. Hence, each expert has his own chosen line of amulets, from a particular type, temple or Guru Master, which he chooses as his personal speciality and field of expertise. The most famous of Thai amulets are the set of 5 rarest and highly sought after amulets Phra Somdej Wat Rakhang (Thai:), Phra Rod(Thai:), Phra Nang Phaya (Thai:), Phra Phong Suphan (Thai:) and Phra Sum Kor (Thai:), together called Benja Phakhi (Thai:). They are valued at over 10 million Baht.

This time is approximately, some delays are possible. Please be patient and wait, until Your item arrived. Each package came with a gift inside. THANK YOU FOR YOUR VISIT. The item "Thai Amulet 2 Antiques Phra Ruang Buddha" is in sale since Wednesday, March 11, 2020.

This item is in the category "Collectibles\Religion & Spirituality\Buddhism\Amulets & Pendants". The seller is "djclon3r" and is located in Montreal, Quebec.