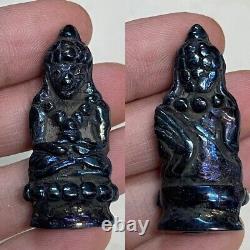 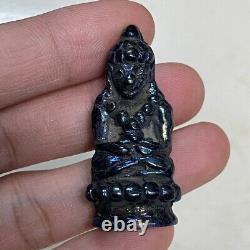 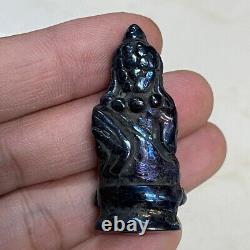 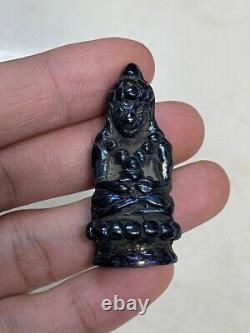 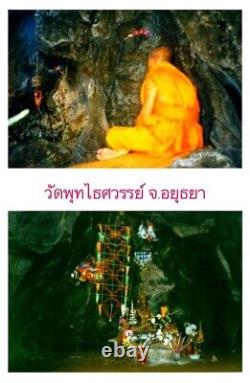 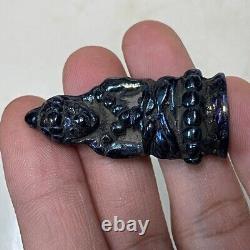 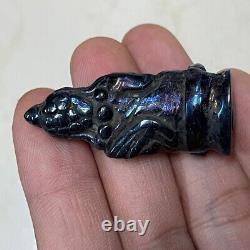 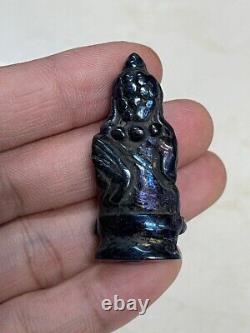 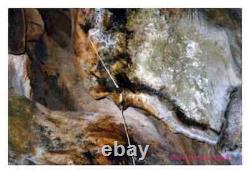 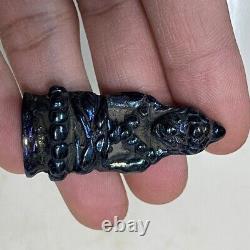 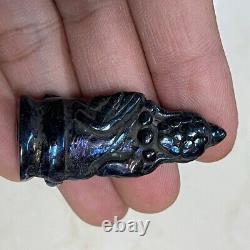 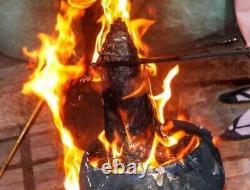 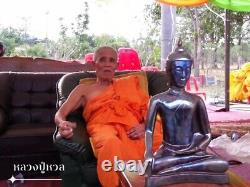 Thai talismans make a miracle to the eyes of the world. When the War of the Great East Asia The Thai military has made a miracle to appear in the eyes of the world in its escape, tough leather and invulnerability. Until the Thai soldiers were called in that war "Ghost Legion or Legion that Killed Not Dead" This is due to the courage and determination of Thai soldiers who are not afraid of any force. Foreign soldiers were puzzled by the phenomenon that occurred. Why do Thai soldiers have so much determination and courage?

In addition, Thai soldiers are not afraid of gunshots. Thai soldiers still escape from danger as if they were a miracle. What is good with Thai soldiers? It is a question that the world must know. And from this battlefield that made all of the artifacts and talismans of Thailand, we have become visible to the eyes of the world to get to know the miracles.

Among the talismans that Thai soldiers have brought into the battlefield The iron ore is the only one of the most distinctive and most famous of all talismans. The reputation of the remade that was famous all over the world within a short time. As a result, foreigners They are trying to find this psychic mineral to protect their lives. Thai magical amulets that can protect against demons.

Protect animal tusks, have different skin, can prevent wind, fan, even different enemies. Whether the past or the present, Thai people are associated with the talisman.

In which he will bring a wax figure Buddha images and other forms to perform a ceremony called Lek Lai in the cave. By asking permission to the goddess who keep that iron Lai that will be used for the benefit of Buddhism by giving to the person who made merit for restoration By Leklai, or that you have to call it Phaya Lek.

There are 3 castes (colors) according to the type of the guarding deity. Silver color, outstanding in mercy, great popularity, prosperity in life. The color of the wings of insects (Chao Blue), outstanding in the great power, prestige, Khongkaphan, Mahaud.

This iron Buddha has 108 points, according to prayers. Travel to where there is a guardian deity. The power of psychic elements (Phaya Lek / Leklai). "Leklai" is a strange elemental metal that lives up to the law of karma Keeps the spirit in samsara.

To fertilize in a state that is a metal iron. Movable Eating bees can excrete (called cassia lai) and the habitat is like a quiet place in the cave. Therefore, it can be considered that Leklai is a kind of divine creature.

Is a deity who has used unjust karma in the world Leklhai has both a giant god Who is a philosopher who keeps guarding all the time Leklhai has many different types that have been found to be seen together. Leklai is a powerful element to protect yourself and your surroundings from the dangers arising from "firearms" or "sharp objects" and "weapons" of all kinds. Life is immortal And extremely difficult to find There must be many rituals to get it. Therefore, Leklhai is an expensive mystical object. Because it is widely known and commonly understood that Leklai has excellent power. Can protect the life of those who have the iron in possession or carry it. And will be protected to be safe from "Fatal accidents" including many kinds of "deadly weapons" are miraculous enough. The person who will do the metal cutting ceremony Must be a person of high virtue And must maintain the precepts in a stable manner There is no greedy mind, that is to ask permission from the "fairy" who takes care of it first. With permission, you can proceed with the cutting ceremony.

Otherwise, if we try to cut the metal with strength. Hijacking Considering good in Phrawet, it could lead to life-threatening pardons or even conflict in the group until the point of failure With the supernatural powers of the angel who healed that iron. Luang Pu Huol has learned the magic. A super magic technique that was almost lost. Including the magic of calling and inviting Leklai Or Phaya Leklai, the ultimate psychic element That everyone wants to acquire The magic technique to call or invite Leklai is not easy to reveal, calling or inviting Leklai is not a common thing that anyone can do.

Iron remade is a psychic element. It is indeed dangerous to the unclean mind. If you summoned or summoned iron, it could be fatal.

Many people say that Luang Por Derm likes to do alchemy. Some people have named Luang Pho the same as the god of alchemy ever. Luang Pu Waol Wat Phutthaisawan Ayutthaya Province. Namo (3 ends) followed by.

And asked for the protection of the sacred. The ritual of summoning the iron King of Luang Pho Huan Phuriphattho. It will be one of the best in your collection!!!

In this world economic recovery, if you have Thai antique Amulets with you. It will help to prevent any Bad things and protect you from Evil. It also brings Luck, Wealth, Fortune and encourage you to fight any obstacle with a cross over Obstacles help of Ancient Magic.

It's also Beautiful and very nice for your Antique collections too. Thai Buddha Amulet : Thai tradition will place amulets under a stupa or other temple structure when it is built. When the structure collapses, many amulets may be found. Some can be over a century old.

Power of Amulet : Best holy items Thailand believes Buddha's good everything, believed to bring you happiness, good luck, good fortune, life protection, power, wealth, merciful, triumphantly, kindness, prosper to business and charming. Prevent dark magic and evil spirits, danger obstacle cease, avoid from danger for the owner. If you have faith into something, you can felt invisible power inside what you believe. It is always be better true for amulets users.

Thai Amulet will make all your wishes for rich, good heath, good business, weath come true. Note; This is for personal believed.

This amulet is one item will support you. Suggestion: I would invite you to have one amulet at least due to well-known in Thailand and Asia. THANK YOU VERY MUCH FOR YOUR VISITING AND GOOD LUCK.

Please pay within 5 days. This item is in the category "Antiques\Asian Antiques\Southeast Asia\Amulets".thailand" and is located in this country: TH.