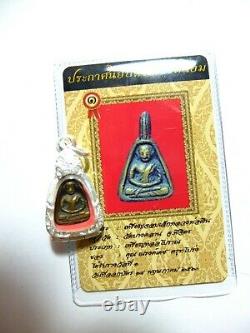 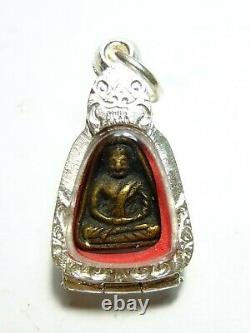 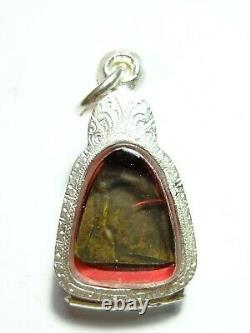 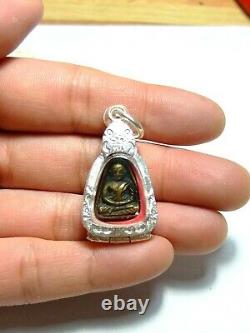 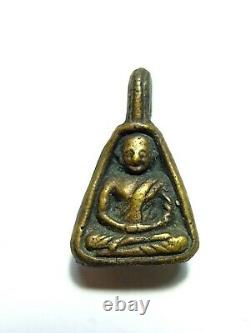 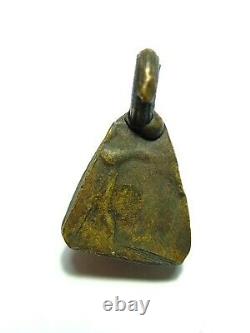 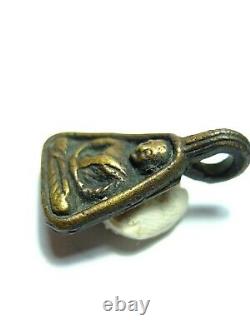 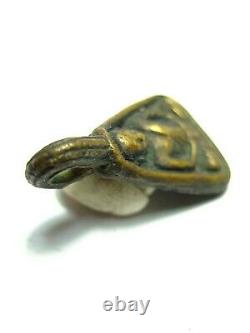 During that time when Somdej Toh still remains alive, Luang Phor Ngern often visited Wat Rakang to pay respect and to learn sacred sciences from him. One day Luang Phor Ngern decided to travel to the north until he reached a Village there he decided sapling the Bodhi tree where he taking cuttings from a large bodhi tree at the main entrance of the temple. He prays to Lord Buddha and asked if this location was suitable to build a temple, and if granted it will show a favorable encouragement from the cutting he had planted. The stem cutting successfully grows into a beautiful Bodhi tree, and it was at the location where Luang Phor Ngern built the temple now known as Wat Wang Tako.

Luang Phor Ngern is without doubt the most famous monk to originate from Pichit province, respected both for his sacred amulets. Old Rare And Beautiful Desing.